CANFAR-funded research achievements include findings in all key sectors of HIV, including: prevention, treatment, care, and the search for a cure.

The prevalence of people living with HIV is growing in Canada. It is estimated 62,050 Canadians are living with HIV, and 14% of Canadians living with HIV are unaware that they have HIV. Over the past three decades, CANFAR has awarded more than $22 million to HIV/AIDS research since its inception in 1987. We believe in the power of results and knowledge, and through investing in research and national strategic efforts, we can end the HIV epidemic in Canada together.

CANFAR is proud to be a continuing key player in Canadian HIV/AIDS research. Our research achievements include findings that nearly eliminated mother-to-child transmission of HIV, the development of preventative medications, and the discovery of a key component of the current HIV treatment drug.

Our Latest News in HIV Research 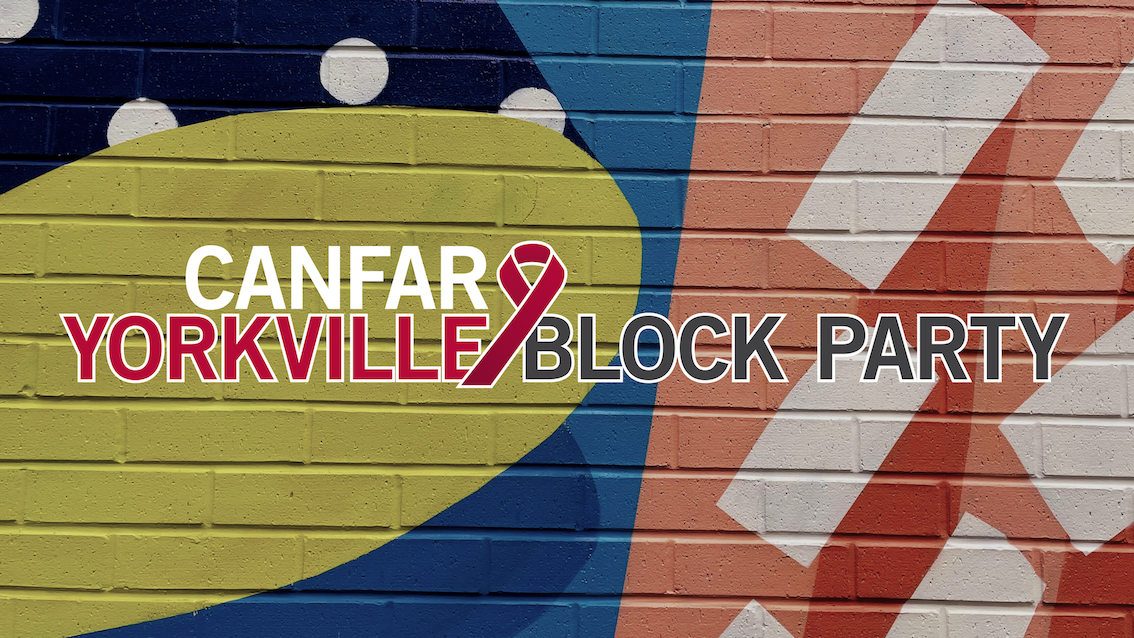 On September 22nd, 2021, CANFAR held its first annual Yorkville Block Party within one of Bloor-Yorkville’s most prestigious locations, 99

A sincere thank you to our long-time CANFAR family member, Dr. Darrell Tan, for joining

The four key areas of research

There are over 63,000 people living with HIV in Canada, and an additional 2,400 people newly acquire HIV each year, dramatically reduce new HIV infections from over 2,100 to less than 500 year per year.

This would be a major step in ending the HIV epidemic in Canada, where new cases would be rare events. Certain populations continue to have unacceptably high incidence rates of HIV and we need to eliminate the structural barriers that prevent access to the information, tools and supports people need to manage their sexual health.
Learn More about Prevention

To reach or exceed the UNAIDS target of 90% of people living with HIV diagnosed, we feel that we must dramatically expand our testing efforts to reach as early as possible those who are infected, and reduce the number of undiagnosed to less than 5%.

Improved Health Outcomes for People Living with HIV in Canada

There are 10,340 people living with HIV who are diagnosed and are not yet on treatment.

While some provincial health systems are doing well at engaging and supporting people to use antiretroviral treatment, stay in care, and achieve viral suppression, far too many people are still being diagnosed too late. This has a serious effect on the individual's health, and importantly, can put other partners at risk for acquiring HIV.

17% of people are afraid of catching HIV by standing near someone with HIV.

HIV continues to be very stigmatized which affects people's willingness to be tested and seek/engage in care, their sense of self, community and belonging, their access to services and ability to seek social support. It also affects public policy and support for HIV prevention initiatives, particularly harm reduction services.

“It’s no longer enough to simply have said, ‘Okay, we’ve done a great job and we’ve transformed HIV from a lethal sentence that used to kill everybody into a chronic, manageable disease.’ We want to get to zero.”

CANFAR continues to invest in key research partnerships, which are all dedicated to our work in fighting HIV from prevention to cure through research and awareness.

CANFAR is proud to partner with other leading HIV research centres across Canada and internationally on these various projects. Like all of CANFAR’s research work, partnerships fall within the HIV prevention, treatment, care, and cure spectrum.

CANFAR has collaborated in a number of HIV research partnerships over the past 30 years, including funding an HIV lab at the University of Toronto and establishing an HIV Chair position at St. Paul’s Hospital in Vancouver. Below are the partnerships that we are proud to announce will be active in our 30th year.

The EPIC4 project is a 5-year prospective study of children exposed to HIV at birth through vertical transmission (mother to child). The goal of this study is to understand if curing HIV in these children is possible when starting medication very early after birth.

CANFAR is partners with the Canadian Institutes for Health Research (CIHR) and the International AIDS Society (IAS) on this study.

CanCURE (Canadian HIV Cure Enterprise) is a multidisciplinary research collaboration of scientific investigators focused on studying HIV persistence and developing effective strategies towards a functional cure. Headed in Canada by Dr. Éric Cohen, to date there are more than 22 studies that have resulted from this partnership, ranging from identifying HIV characteristics at a cellular level to clinical testing of possible drug treatments.

CanCURE has a complete translational science program to 1) validate models of HIV persistence in macrophages and to identify factors that restrict HIV expression in these cells, 2) define the immunology of viral persistence in macrophages and other viral reservoirs, 3) use rodent and non-human primate models to explore persistence mechanisms and innovative therapies for HIV sustained remission in vivo, and 4) go promptly into clinical studies in people with HIV if promising and safe strategies can be designed. Our goal matches those of our international colleagues: to develop scalable, effective, and accessible therapies to all in need.

CANFAR is partners with the Canadian Institutes for Health Research (CIHR) and the International AIDS Society (IAS), collaborating with HIV researchers around the world to work collectively towards finding a cure for HIV.

More than half of new HIV infections in Canada are contracted by gay, bisexual and other men having sex with men (MSM). Engage is a 5-year Canadian collaboration between researchers and community-based organizations on HIV and sexual health among gay, bisexual, and other men who have sex with men (gbMSM) in Canada. This study works to understand the health needs and realities of this population in Vancouver, Toronto, and Montreal so that it can roll out more effective HIV prevention programs that serve this population. This study is headed by Dr. Trevor Hart and will engage with the community it is serving (Community Based Research) and determine best practices that can be replicated across the country in order to more effectively prevent new HIV infections.

Engage can be broken down into four main components:

1. A multi-site cross-sectional study in Vancouver, Toronto and Montreal: The study aims to measure prevalent and recent infections of HIV and other sexually transmitted and blood-borne infections (STBBIs) among gbMSM populations of these major Canadian cities. This will allow researchers to assess variations across regions and conduct detailed analyses linking prevention efforts to health outcomes.

3. Research capacity building initiatives: We aim to increase HIV- and sexual health-related research capacity for gbMSM in Canada by offering studentship and training opportunities to academic researchers and community investigators.

4. Community Engagement: Each study city (Vancouver, Toronto and Montreal) will have an actively involved community engagement committee whose function is to galvanize interest and participation in research among communities of gbMSM.

TD is supporting Engage in its fourth year through the Canadian Foundation for AIDS Research (CANFAR), alongside the Canadian Institutes for Health Research (CIHR), and the Ontario HIV Treatment Network (OHTN). CANFAR will recognize TD as the funder of Engage in all our publications and on our website.

In Canada, a new prevention strategy called PrEP (pre-exposure prophylaxis) is being prescribed for high risk individuals, which calls for the daily use of HIV medication prior to infection. However, PrEP is controversial because there are gaps in research regarding its prevention potential that may be affected by risk behaviour, sexual transmission, patient adherence to medication, and stigmatization. There are also concerns regarding equitable access because the majority of high risk HIV individuals belong to marginalized communities.

Dr. Darrell Tan is investigating these concerns by studying 1,250 PrEP users in Ontario in a cohort study over 3 years. The results from this study will help inform future efforts to best rollout PrEP programs and improve PrEP accessibility in Canada.

CANFAR is partnering with the Ontario HIV Treatment Network (OHTN) and REACH 2.0 for this 3-year research partnership.