A panel of five international artists, all of whom have explored HIV and AIDS in their work, judged the submissions and selected one winner from each region. Each winning artist recieved an award of $1,000 for their artwork contribution.

After months of development, these cards have been produced for five provinces and one territory, including Alberta, New Brunswick, Nova Scotia, Ontario, Saskatchewan, and Northwest Territories.

In September, CANFAR launched a second open call for artwork from youth across the remaining five provinces and two territories. We received submissions from British Columbia, Manitoba, and Quebec. Winners will be announced in October. 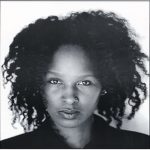 In August, CANFAR also worked with five young Canadian artists based in Toronto to develop a national poster series. Each poster focuses on HIV prevention messaging, including condom usage, getting tested, clean needles, PrEP, and stigma. These posters will be printed and disseminated in classrooms and communities across the country.

Speaking to young guys who like guys about sexuality and HIV

BOOM, a new HIV awareness campaign that CANFAR is developing, features a set of online resources aimed at young guys who like guys.

The campaign is due to launch on World AIDS Day, December 1, 2017. BOOM’s content is currently being reviewed by HIV researchers and other sexual health community experts to ensure quality content, and an illustrator is currently completing graphic illustrations, including comics, for the campaign. BOOM will become an interactive and youth-friendly digital portal on CANFAR’s website.

A sneak peek of the original characters designed for the BOOM campaign.