The prescription drug, known as Truvada, now has a generic equivalent that has been approved in Ontario. This is a great step forward. Community activists have spent the last three years advocating for increased access to PrEP, or Pre-exposure Prophylaxis, as an important addition to the prevention toolbox. It can be prescribed by health care providers throughout the province according to guidelines written by Infectious Disease doctors with community input. The drug shows great promise for key populations including gay men, those in magnetic couples (one HIV positive, one HIV negative), sex workers, and people who use drugs, to reduce their likelihoods of contracting HIV.

PrEP will now be covered like any other prescription drug in Ontario, through an Ontario Drug Benefit Card for people on social assistance or seniors. For those still working, the Trillium Plan will cover PrEP for those enrolled in the program who are then assessed to pay a deductible based on income. OHIP Plus, starting in January 2018, will completely cover the cost of all listed drugs for children and young adults 25 years of age and under. There will still be an out of pocket expense for some, but the decision to cover generic Truvada for PrEP on the formulary is a major step in the right direction. CANFAR is funding several studies on PrEP implementation in Canada. 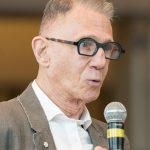